introducing new additions to the family 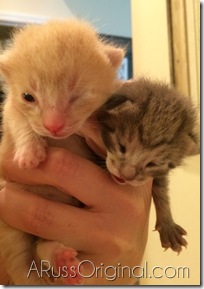 To those that don’t know me too well might think that this blog title means there’s going to be tiny little feet running around our house soon, and you’d be half right … and those that do know me will know that this means that those tiny little feet are actually paws!
A dear friend ours came home from trip to Texas to find the little kitten (of about 9 months) she left in the care of her husband and 3 sons was prego! I’m not saying her husband is to blame, in his defense those 3 sons are a handful!! She let me know that if we were ready to be kitty parents again we had first pick of the litter… well, as it turns out I might have been the hold up all this time for us to jump into pet parent-hood. Mike has all for it! So I told her that we would claim 2 of the little bundles when they made their appearance… then we waited for them to be born…

April 19th around 5 in the evening I got the first text that the little ones were on the way! Our friend is an experienced animal person so she handled the birthing much better than I could (or would!) I’ll ask her to write about the event for you guys later… she’s a busy lady… remember I mentioned the 3 sons… 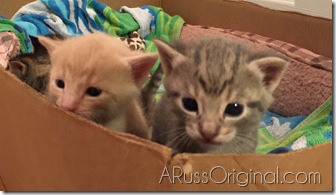 and  I would talk and I’d get updates of the litters progress. There were 5 in the litter, 3 brown tabbies, 1 gray tabby and 1 orange tabby. 3 boys and 2 girls (my friend figured this our in record time… I would have had to wait for more ‘evidence’!) In the pictures she would send, I noticed that the orange and grey ones stuck close together… when I visited them the two of them seemed to be buddies… so we couldn’t separate them… SO, we took the orange and grey tabbies!

So… we needed names now… we had already been tossing ideas around we settled on either Maverick & Goose or Ponch & Jon. So I posted on FB or two finalist and asked for feedback. A few of our Navy friends pick the Top Gun reference … But cop friends won out… it’s Ponch & Jon from the 80’s TV show CHiPS! Orange tabby is now known as Jon and Gray tabby as Ponch! 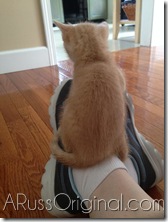 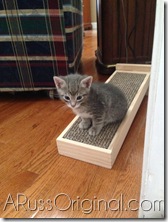 They came to live with us at 5weeks old (long story and one day  I’ll share it) and promptly took over the house! They are now going on 12 weeks old and haven’t slowed down at all. They have 2 speeds… wide open and fast asleep! It has been challenging having two tiny kittens around again… you have to watch were you step… for fear of either stepping on a kitty or a kitty toy! And the all night races through the entire house is something I’m looking forward to ending (SOON!) We are enjoying the little tiny meows and the tiny wet nose kisses… and the milestones… like jumping up to the couch… instead of clawing to the top!

So for now here’s a few pictures to catch you guys up to speed on the new littles at our house… not to worry… more to come! 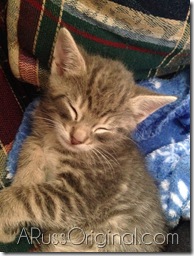 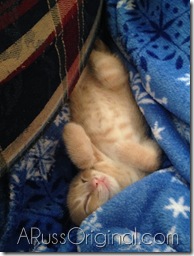 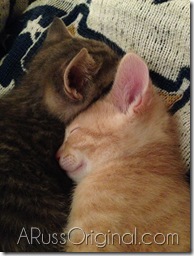 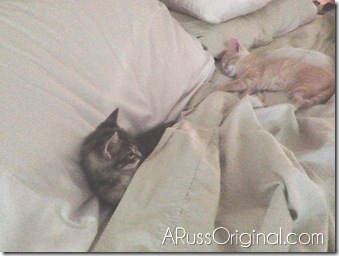 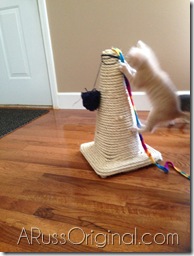 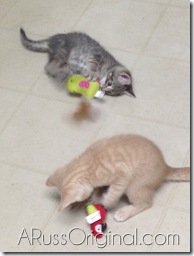 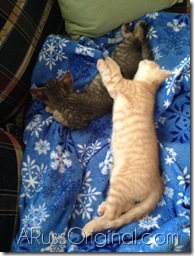 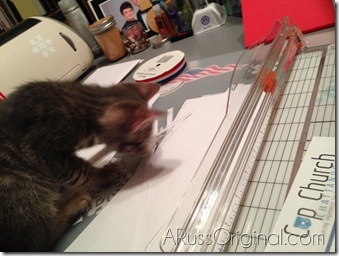 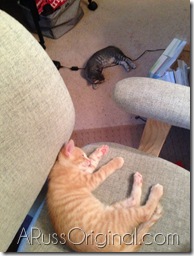 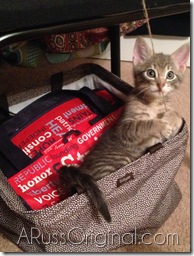 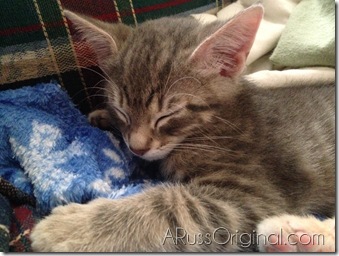 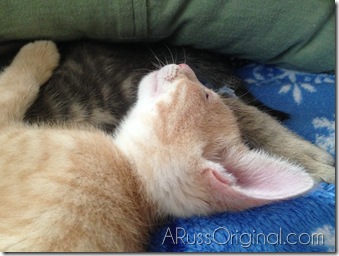 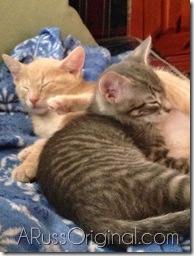 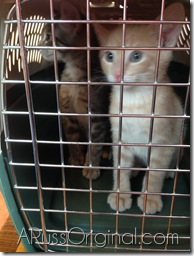 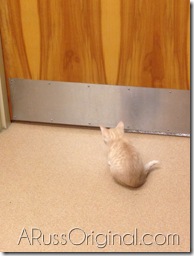 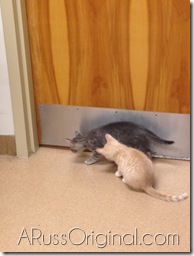 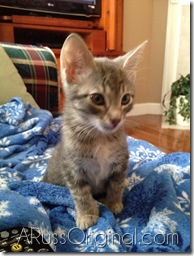 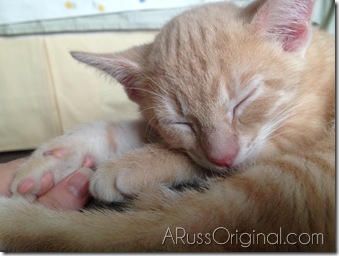