A Peck of Peppers… 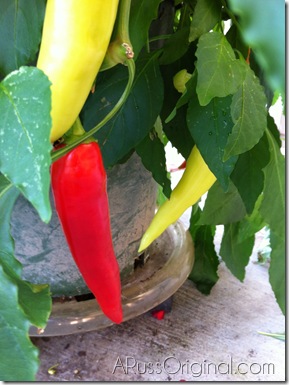 It is getting to be late fall here in the Tennessee Valley and the garden is just about near its end. In the last few weeks the pepper plants have been in overdrive and have produced more peppers than we knew what to do with… we gave some to friends and neighbors… we ate a whole lot on salads and sandwiches… but what to do with the 50 plus peppers still on the plants…? My southern roots came through and the only answer was to put them up!! That means to can them to those of you not familiar with the term ‘put them up’. My grandmother and my mother both canned when I was growing up in south Georgia. Mostly jams, there was the occasional jar of pickles… but I remember the fig and strawberry jams! 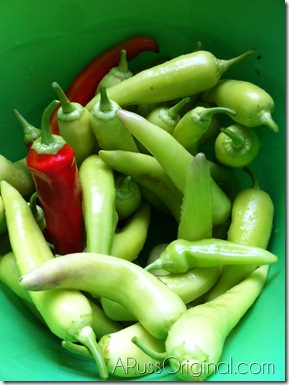 Over the years I have tried my hand at canning. I have canned blackberry jam, cherry jam, strawberry jam, apple butter, and even put up apple sauce while we lived in Washington State! But I have never tackled anything outside the sugar realm. My cousins that live in the mountains of North Georgia can everything! Tomatoes, corn, beans, apple butter, salsa… stand still and they might try to can you! Canning must be in my blood, because that was what came to mind for this abundance of banana peppers.

So, my kitchen helper (also know as my husband!) and I got busy picking and chopping peppers. Ok, he chopped peppers while I got the canning jars ready. It really is a two man operation! 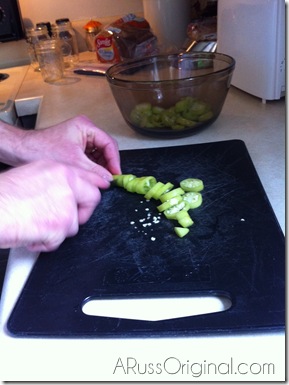 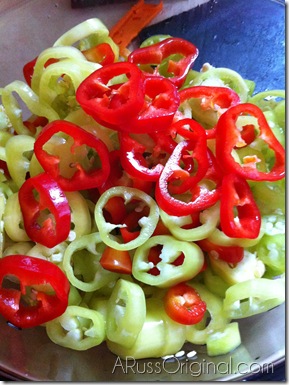 So, while the peppers got cut into rings for the jars, I boiled the jars and as they where ready packed the peppers into them. We only had a few red peppers, so I tried to see that all the jars got a few of the colorful ones! 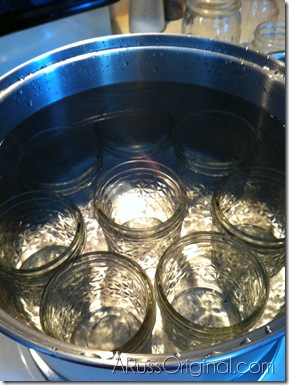 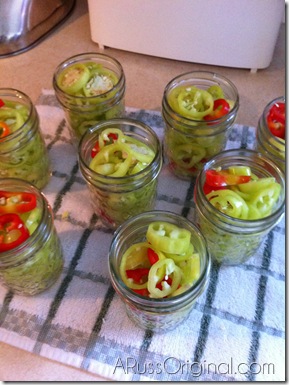 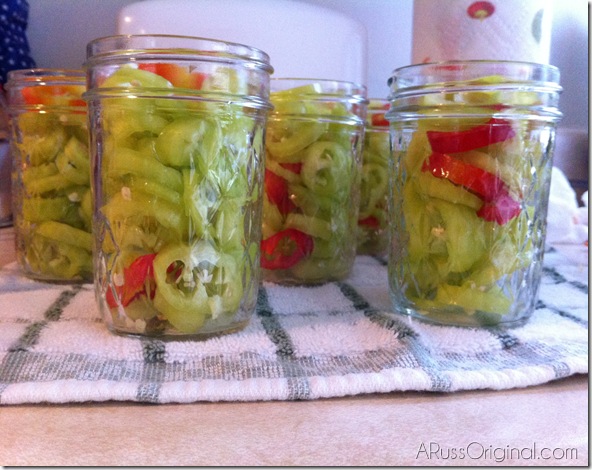 Sorry, no pictures of the ‘brine’ that we made and poured into the jars packed with peppers. I said earlier that it was a two man operation… it should be a three man job… one to take photos!! Here’s a photo of the packed jars getting their processing time in the boiling water bath. And the finished product. We had 15 half quart jars and 3 quart jars, we will have plenty of peppers this winter… Some lucky folks might get a few jars for Christmas… acted surprised!! 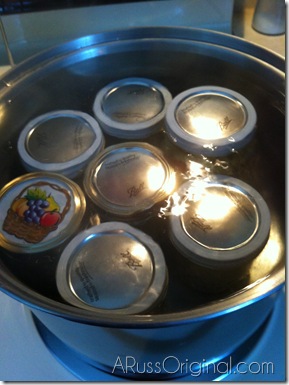 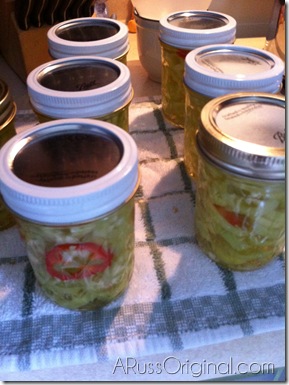