Keeping Time at the Y... 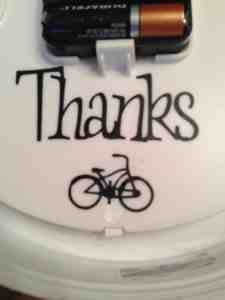 We have had a bit of hanky-panky with the clocks at the Y that I visit for my workouts... You see, there are clocks everywhere... In the weight area, the cardio machines, the yoga studio, the racket ball courts, the locker rooms and the spin studio.

Well, a few months ago, the one in the spin studio (the area I spend most of my time in... Well, there and the cardio area) went missing... No one knew where it went, so we would 'borrow' the one from the hallway right outside the spin studio door for class time. That caused a few problems for the racket ball fellows... And they let us know that they were annoyed. I asked around and was told that the clock on the wall in the yoga studio fell and broke... So they went and took the one from the spin studio... Of course they passed at least 4 other clocks on their way to the spin studio... But I digress...
For a weeks I have thought that one of us should just purchase one for the class... Well, today while at Target I did just that!! I enjoy using the spin bikes, even when there's no class... And a clock would be great!! So here's my contribution to the class on Monday! 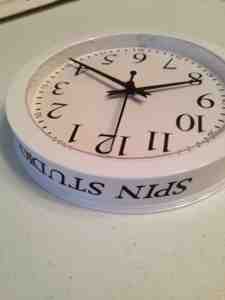 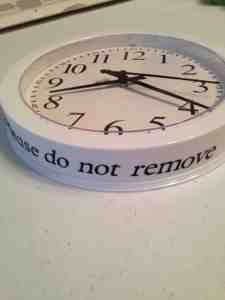